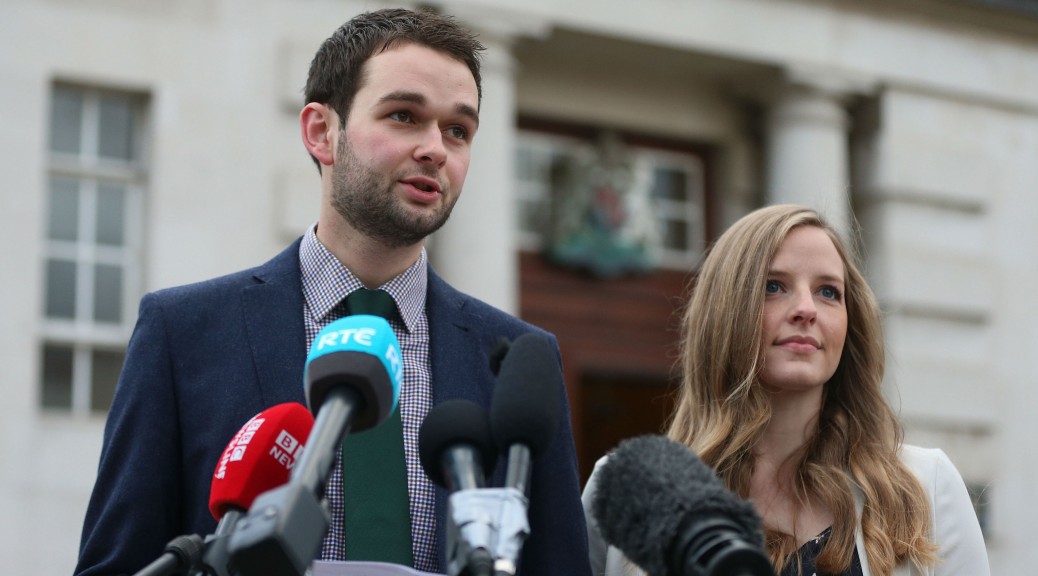 God always answers prayer and this one of course has been a big prayer issue in may people’s hearts. Today that prayer was answered and religious freedom has been secured.

A loss of this case would of had huge implications for Christians everywhere, including ourselves as far as the wedding side of things go. We’re pleased that God’s will has been done here and a huge well done to Daniel and the McArthurs for taking their stand and sticking to it.

Below is a letter issued by the Christian Institute who do a very important work when it comes to Christian legal matters. Do continue to pray for them as they’re key in keeping our religious liberties free and open.

After a four-year legal battle, Ashers Baking Company has won in the UK Supreme Court. This is thrilling news.

In a landmark judgment for free speech, the court held that Ashers acted lawfully and didn’t discriminate against anyone. Judges held it was the message the bakery objected to, not the customer.

The previous judgments against Ashers have been overturned.

Five Justices have given a strong and unanimous ruling against compelled speech.

Baroness Hale, President of the Court, said it didn’t matter whether the icing on the cake promoted same-sex marriage, “living in sin” or any other message with which the bakers profoundly disagreed. The situation was on the same level as a Christian printer asked to print atheist leaflets: they shouldn’t have to do it.

Equality laws cannot be used to make people say things they don’t believe. That has always been our position. The Supreme Court agrees.

We are very thankful to God for this ruling. Our prayers have been answered.

We are also greatly indebted to the McArthur family. It has not been easy for them, but their stand has created a UK precedent.

This victory is exactly what we seek with our Legal Defence Fund: to create significant national precedents which protect Gospel freedoms. More details on the case will be available on our (Christian Institute) website.

Let’s thank God for this excellent judgment. Pray for fair reporting and a great impact for Gospel freedom in the UK.”

The #Ashers ruling is an historic and seminal judgement. This has been a long journey for everyone involved in the case. I commend Amy & Daniel McArthur for their grace and perseverance. This now provides clarity for people of all faiths and none. pic.twitter.com/yvY1wVhuJB

The Lord your God is with you, the Mighty Warrior who saves. He will take great delight in you; in his love he will no longer rebuke you, but will rejoice over you with singing.
Zephaniah 3:17